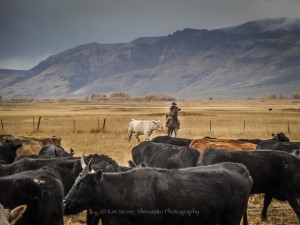 I was healing up from a broken leg and just started riding again.

There are times on the ranch that a situation arises where a mad bovine needs to be dealt with and a good horse can be effective with minimal risk, emphasis on “a good horse.” This is why I like to prepare my horses to be “special forces horses,” ready for anything.

I was healing up from a broken leg and just started riding again, I did not have enough strength to pull myself up on my horse and I still needed to mount from something elevated. 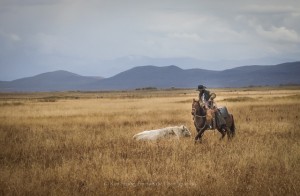 After the third try, in that he lost interest in going back to the herd.

About two weeks after I started riding we were moving some cows inside the fields and there was a bull that needed to be sorted out of the cows that did not want to leave them. After several attempts of trying to cut him from the herd he was started to get pushy and loosing respect for my horse. He was determined to get back into his herd, can’t blame him, it was the breeding season, but we needed him somewhere else and not in there.

This bull didn’t realize even though he outweighed my horse, two to one, we were about to help him with his gymnastics. My horse had no consciousness of weight, or the differences, he only knew he could pull whatever was on the end of the rope, when I ask him to, from experiences of slipping dallies, to avoid a dead pull. 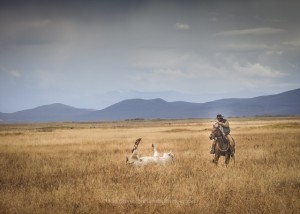 With a little encouragement he laid down and stuck his hind legs straight in the air so I could ride up and take my rope off before my saddle pad slipped out from under my saddle.

As we brought the bull to the edge of the herd again expecting him to continue with the same conversation, I caught him by one hind foot. When he came back toward the herd chasing us, we were loping just in front of him letting him come close to my horses tail, getting the rope shortened between us. Then with plenty of tight dallies we kicked the turbo in and out traveled him pulling the rope tight bringing his hind leg up between his front legs and basically helped him do a backflip. Although it wouldn’t have got a high score at the Olympics it was effective after the third try in that he lost interest in going back to the herd.

Losing their balance has a definite affect on animals regardless of their size or determination. So after he lost interest in coming toward the herd he got interested to leave and went out the gate and into the other field a couple hundred yards. 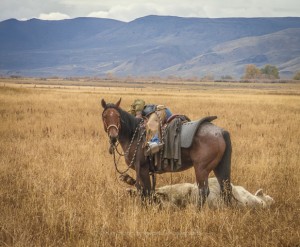 I always appreciate a horse with a good back, some withers and a deep girth.

I always appreciate a horse with a good back, some withers and a deep girth. Times like this doesn’t always give you the time to tighten your cinch but if they have a good back you can get by with a looser cinch.

It’s test like these that really make me appreciate my “Special Forces Horses.”